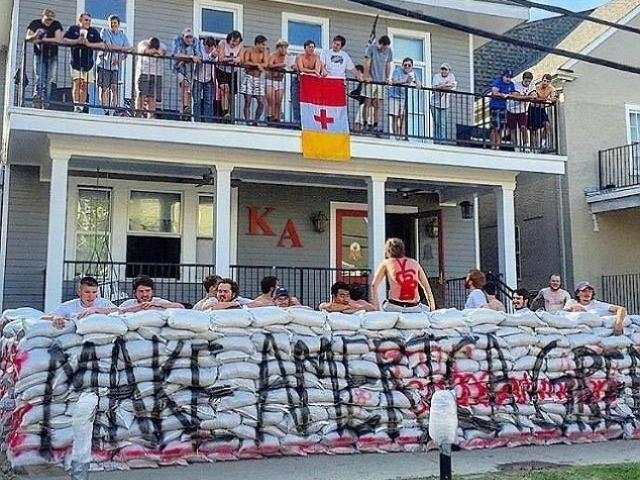 This week we honor a group of Kappa Alpha frat boys from Tulane University who put their masonry skills to the test by building their traditional sandbag wall around their house, then upped their no shame game with graffiti about Trump.

The only reason for a sandbag wall is to stop a flood.  It won’t do you any good against herpes, college boys. You will need to build a wall of condoms next time. 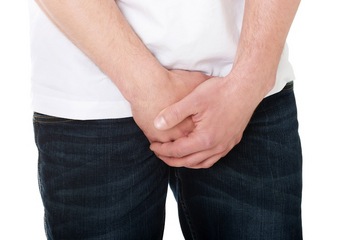 They did a shit job with the spray paint. They were running out of space to write “Make America Great” and the lettering kept getting smaller. What’s worse than your support of Trump is your lack of planning your graffiti before spraying. 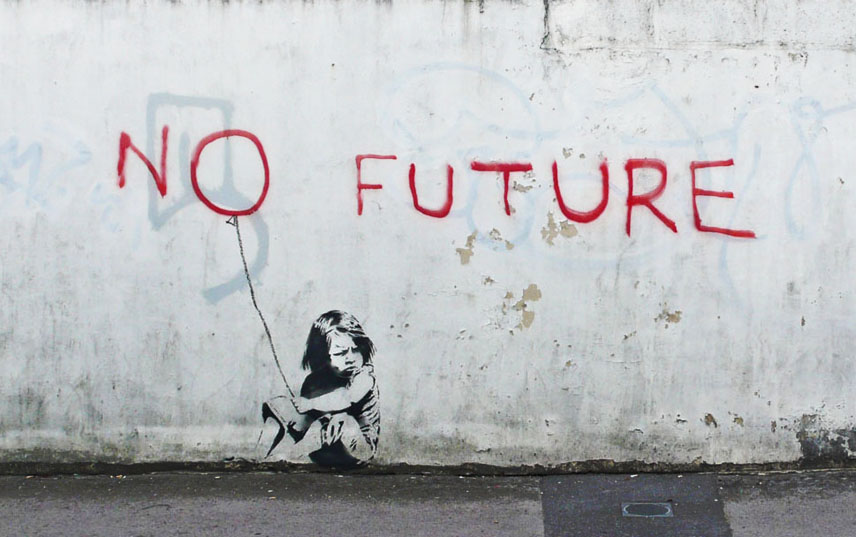 The Devil Jizzed on a Student

There are plenty of photos of one student that has jibberish displayed on his teenage back.  Our investigators were able to get a DNA sample and confirmed it is Satan semen.

Just watch this clip below. Tullane University football players were so distraught by Kappa Alpha’s  graffiti skills, that they tore it down like this was Berlin 1989.And we totally agree with them. That shitty spray job is an ill representation of quality graffiti craftsmanship that exist on subway cars, bridges, and vacant buildings.  The white frat boys did what you would expect: state their property rights or run into the house to avoid any confrontation.

By frat chapter tradition you were asked to build a wall and you took it a step further and showed your support of Trump’s planned wall on the Mexico border.  The problem is that your “wall” was dismantled within an hour. Kappa Alpha – you’re fired! 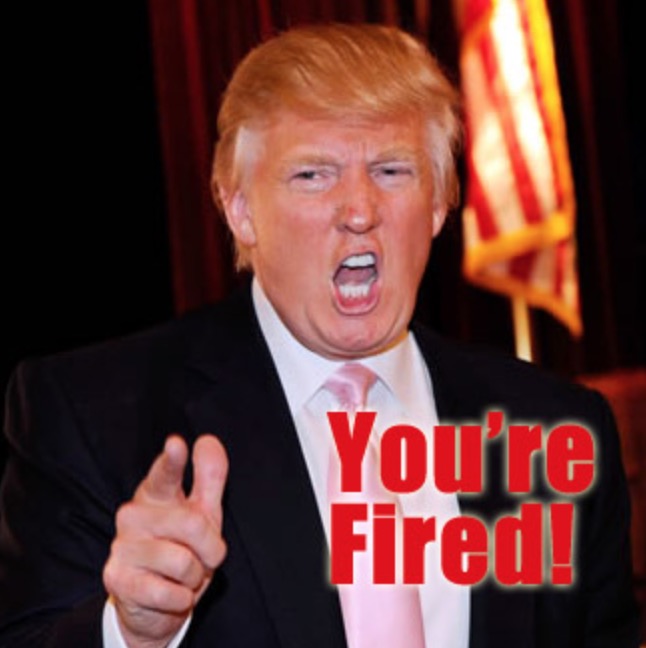